On December 21, 2015, alleged serial rapist Paul Batchelor was arrested by Ottawa Police for sexual assault and released on bail. His case took years to wind through the legal system and ended with his shocking acquittal in June 2019. Ontario Superior Court Justice Robert Beaudoin accepted Batchelor’s evidence that he had consent in both cases, a claim that differed wildly … END_OF_DOCUMENT_TOKEN_TO_BE_REPLACED 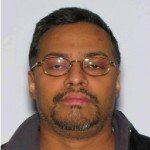 http://bc.rcmp.ca/ViewPage.action?siteNodeId=867&languageId=1&contentId=25313 File # 2012-53049 2012-05-11 11:36 PDT [Alleged] sexual predator Shalendra Kumar SHARMA, 43, of Surrey, BC, was released from custody on May 9, 2012, and is now awaiting trial for sexual assault and other violent crimes against women. Additional victims and information about Mr. Sharma … END_OF_DOCUMENT_TOKEN_TO_BE_REPLACED

Kelowna’s loss is Mission’s gain, if you can call it that. Andrew Aurie Jefferson, known as the Falconridge rapist for a series of rapes he committed in Calgary in 2006, was released from prison on November 10, 2011 and will be living in the Mission, BC area. Originally thought to be living in Kelowna upon his release, RCMP informed Mission officials of the change in … END_OF_DOCUMENT_TOKEN_TO_BE_REPLACED