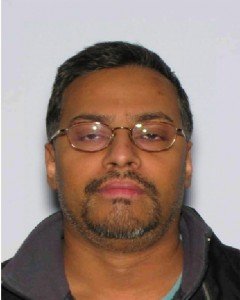 [Alleged] sexual predator Shalendra Kumar SHARMA, 43, of Surrey, BC, was released from custody on May 9, 2012, and is now awaiting trial for sexual assault and other violent crimes against women. Additional victims and information about Mr. Sharma is being sought by investigators who are also warning women and the general public that Sharma is dangerous and extreme caution should be taken if he is encountered.

On December 4, 2011, the Burnaby RCMP was made aware of a possible sexual assault and robbery against a woman who had been taken to a Burnaby location from Vancouver’s Downtown Eastside and began working closely with the Vancouver Police Department.

A second assault occurred in Burnaby on December 18, 2011, which police believed was linked to the December 4 assault. Again, the Burnaby RCMP and Vancouver PD investigators worked closely together, cross-referencing files in PRIME and other police databases. The work of a VPD sex crimes analyst allowed key pieces of the puzzle to be linked together across multiple jurisdictions.

Now both Vancouver and Burnaby police are turning their attention to past files, dating back to the 1990s, and are releasing information about four vehicles belonging to Sharma. Police are appealing to anyone who may have witnessed or been the subject of an assault, sexual assault or theft associated to one of the four vehicles or involving Sharma. Since it is likely that potential victims would not know Mr. Sharma’s real name, police are releasing his photo in an effort to obtain more information and to warn the public of the threat he poses to women.

The following is a list of vehicles to which Sharma is associated:

Any individual who feels they may have been victimized by someone driving this vehicle, or who may have witnessed a crime associated to this vehicle is urged to contact their police of jurisdiction or CRIMESTOPPERS at 1-800-222-TIPS (8477) should they wish to remain anonymous.

Photos show vehicles that are similar to the ones associated with Mr. Sharma.