During the last election, Justin Trudeau unashamedly used the politics of division to categorize Canadians along medical lines. He made it it clear only one choice was acceptable and anyone disagreeing with The Prime Mistake was either a “racist” or a “misogynist” or both.

“We all know people who are deciding whether or not they are willing to get vaccinated, and we will do our very best to try to convince them. However, there is still a part of the population (that) is fiercely against it.”

“They don’t believe in science/progress and are very often misogynistic and racist. It’s a very small group of people, but that doesn’t shy away from the fact that they take up some space.”

During the last election, Justin Trudeau unashamedly used the politics of division to categorize Canadians along medical lines. He made it it clear only one choice was acceptable and anyone disagreeing with The Prime Mistake was either a “racist” or a “misogynist” or both.

Now we’re deciding which Canadians we will tolerate based on private, personal medical decisions that are none of the State’s business?

We’ve become a nation of sheep, a nation of cowards who does whatever we’re told by a Prime Minister 100% devoted to “othering” anyone who disagrees with him – a process of dehumanizing through marginalizing a group of humans as something different, less than, and other. Such othered groups become an easy target to scapegoat, unfairly bearing the blame for a society’s ills..

It’s not this way in other countries.

In South Africa, where the Omicron variant first hit, the government no longer views lockdowns or vaccine mandates as effective steps moving forward.

“The most important issue is that there was a clear decoupling between community spread, which has been very rapid, and the level of hospital admissions,” said Richard Friedland, chief executive of Netcare, South Africa’s largest private healthcare provider.

“We have not suspended elective surgeries, and there is no pressure on beds. We have had no capacity constraints at all in the fourth wave.”

Japan refuses to make COVID vaccinations mandatory. In fact, they insist citizens make an informed decision based on all the knowledge and options available.

Although we encourage all citizens to receive the COVID-19 vaccination, it is not compulsory or mandatory. Vaccination will be given only with the consent of the person to be vaccinated after the information provided.

Please get vaccinated of your own decision, understanding both the effectiveness in preventing infectious diseases and the risk of side effects.

No vaccination will be given without consent.

Please do not force anyone in your workplace or those who around you to be vaccinated, and do not discriminate against those who have not been vaccinated.

El Salvador was the world’s first nation to drop all COVID-19 entry requirements in November 2021.

In the United States, 17 States have dropped all COVID restrictions or never imposed them in the first place.

In Britain, Prime Minister Boris Johnson announced on January 19, 2022, that all COVID restrictions will be dropped over the next 7 days.

Yet Canada insists on lockdowns, vaccination mandates and, if public opinion polls are to be believed, those filthy unvaxxed should be fined, refused medical treatment, refused drivers license renewals and jailed.

When did we become such an intolerant nation of fascists?

Was it before or after Justin Trudeau called unvaccinated Canadians “racists” and “misogynists”?

Does it even matter?

On January 19th, the National Post proudly proclaimed, “More than one in four Canadians support jail time for the unvaccinated.” That article went on to say,

Many Canadians are in favour of harsh punishments for the unvaccinated, with 37 per cent saying in a new poll it would be acceptable to deny them publicly-funded health care — and 27 per cent that it would be OK to go as far as a short jail sentence.

This comes from a poll by Maru, which states:

For those who refuse to be vaccinated, Canadians find a variety of measures acceptable, in varying degrees, that might be used to more forcibly encourage them to get the jab:

Weaponizing fear used to be the exclusive domain of 3rd-world dictatorships and terrorist crap-holes.

Research shows increases in COVID-19 are unrelated to levels of vaccination across 68 countries and 2947 counties in the United States.

At the country-level, there appears to be no discernable relationship between percentage of population fully vaccinated and new COVID-19 cases in the last 7 days.

The lack of a meaningful association between percentage population fully vaccinated and new COVID-19 cases is further exemplified, for instance, by comparison of Iceland and Portugal. 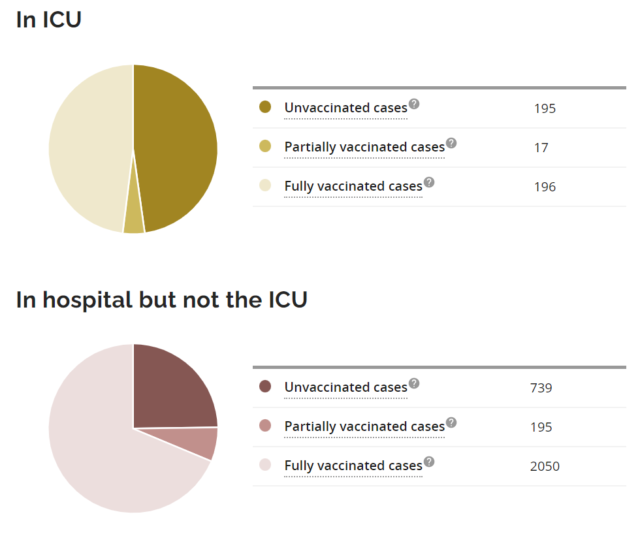 The data doesn’t support what Trudeau and his sycophants would have us believe no matter how loudly they scream at us.

There is no “pandemic of the unvaccinated.

I will leave you these prophetic words from Brené Brown, author of Dare to Lead:

In times of uncertainty, it is common for leaders to leverage fear and then weaponize it to their advantage.

Unfortunately, it’s been an easy formula throughout history—in politics, religion, and business—that if you can keep people afraid, and give them an enemy who is responsible for their fear, you can get people to do just about anything.

This is the playbook for authoritarian leaders here and around the globe.

In the short term it’s relatively easy for leaders to stir up scarcity and promise to deliver more certainty with easy answers and a common enemy to blame. But in the face of complex problems, that certainty is quite literally impossible to fulfill.

Daring and ethical leaders fight against this brand of leadership.