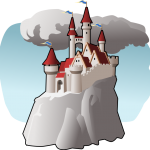 This article is intended as a companion piece to Christopher di Armani’s September 28th post titled Ontario Crown Counsel and OPP Finally Find Some Common Sense. "There exists a law, not written down anywhere but inborn in our hearts; a law which comes to us not by training or custom or reading but by derivation and absorption and adoption from nature itself; a law which has … END_OF_DOCUMENT_TOKEN_TO_BE_REPLACED 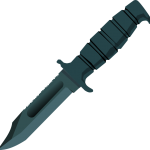 In what's becoming a disgusting and disturbing pattern across Canada, it's once again the law-abiding citizen that is being charged, not the criminal.  Ontario police and Crown prosecutors appear to have an incredible bias against anyone actually defending themselves, their loved ones or their property. This is just the latest in a long line of legal obscenities to grace the … END_OF_DOCUMENT_TOKEN_TO_BE_REPLACED

Prime Minister Stephen Harper was in Toronto Thursday to announce the introduction of a government bill, C-60, that would, in theory, prevent honest citizens like Toronto store owner David Chen from being abused by our legal system. Officially the title of Bill C-60 is “An Act to amend the Criminal Code (citizen’s arrest and the defences of property and persons)”. … END_OF_DOCUMENT_TOKEN_TO_BE_REPLACED

Take, for example, the case of the Toronto storekeeper David Chen.  The crack addict who stole from him was sentenced to 90 days, but as soon as he was to testify for the Crown against Chen, his sentence was dropped to 30 days. Is Chen that dangerous to the status quo that he must be crushed along with our collective sense of dignity and self-respect? Is he so … END_OF_DOCUMENT_TOKEN_TO_BE_REPLACED