Well, today is the day.

Good thing too, because if it doesn’t I’m in big trouble for not buying my wife any Christmas presents! 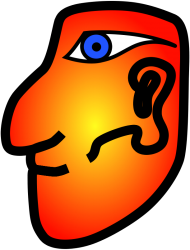 Seriously though… the end of the world?  All because some old dead guys gave up counting?

Are people really this naive?

Sadly, the answer to that is a resounding YES!

To combat the silly people even NASA put up a page titled “2012 and Beyond: Why The World Won’t End” that contains a series of explanations on why it will be life as normal on December 22 and beyond.  Opening that page, NASA states:

Just another Winter Solstice?  Where’s the drama in that?

I guess the prize for drama will go to those nutbar French people. A group of French wingnuts will travel to the top of the mountain where they believe aliens will come and sweep them away to safety.

In the French Pyrenees the mayor of Bugarach, population 179, has attempted to prevent pandemonium by banning UFO watchers and light aircraft from the flat topped mount Pic de Bugarach.

Umm… yeah… okay.  Maybe they ought to simply stop drinking the Kool-Aid instead.

One enterprising person created http://world-end-party.com/ hoping to capitalize on the hysteria and silliness… but if you want to find out about their list of End-of-the-World parties you need to sign up to their site.  After all, there’s no point in letting the End of the World get in the way of a good marketing opportunity, right?  🙂

And if you want to sail off into the great unknown as the world ends, how about a Cruise to the End of the World?  The upside to this cruise is that if the world actually survives the end of the Mayan Calendar, you’ll also be supporting the Wounded Warrior Project.

Now that’s a cause worth supporting whether the world comes to an end or not.