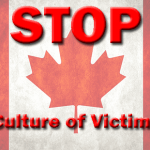 An article in the Calgary Sun titled "Airdrie liquor store Clerk fights back during attempted armed robbery" shows there are still MEN in the world willing to stand up for what is right. When a would-be armed robber entered the store where Sarb Gill refused to be a victim. Instead of handing over the cash like the thief demanded, Gill "unleashed a beating that sent the … END_OF_DOCUMENT_TOKEN_TO_BE_REPLACED