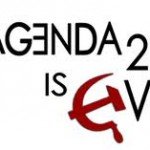 “Land…cannot be treated as an ordinary asset, controlled by individuals and subject to the pressures and inefficiencies of the market. “Private land ownership is also a principal instrument of accumulation and concentration of wealth and therefore contributes to social injustice; if unchecked, it may become a major obstacle in the planning and implementation of development … END_OF_DOCUMENT_TOKEN_TO_BE_REPLACED 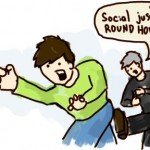 In reference to Don Laird’s Selfish Spoiled Brats Steal Money from 9-Year-Old Girl Scout, Say They’re Entitled to It  and Christopher di Armani’s Telling the Truth to Spoiled Brats Across North America, it sounds as though the epidemic of ‘spoiled brats’ infiltrating society need to be tuned up. Each generation wants the next generation of children to be better educated and … END_OF_DOCUMENT_TOKEN_TO_BE_REPLACED 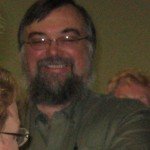 (Originally published in the Yukon News, March 20, 2000) Dutch Van Tassell Photo, 2009 “When you push somebody far enough, they will stand up and fight. If they don’t fight for their rights, then they are done for. They are slaves.” -- Jim McFaull (1952 to 2012) -- *** Private property ownership is the cornerstone of any free society. The land issues the late Jim … END_OF_DOCUMENT_TOKEN_TO_BE_REPLACED 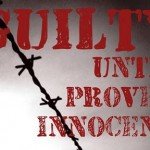 I am flipping tired of the unmitigated hubris that continues to spur Canada’s game-playing cops and court system in their indefatigable zeal to prosecute innocent gun owners with the same pesky, recycled sections of the Canadian Firearms Act. In order to demonize gun owners to the hilt, the Government of Canada saw its way clear, at the behest of the United Nations, to dump … END_OF_DOCUMENT_TOKEN_TO_BE_REPLACED