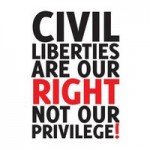 Toronto Police just love strip-searching people for almost any reason at all.  So the Toronto Star report would have us believe, at least. According to their report, roughly 60% of all people arrested in 2010 were strip-searched by Toronto Police Services personnel.  Previously-released figures on the numbers of strip searches show this number has been steadily climbing over … END_OF_DOCUMENT_TOKEN_TO_BE_REPLACED

A man was arrested at the G20 last year, was stripped naked and then paraded before a female Toronto City Police constable.  Predictably, Toronto Police Services Chief Bill Blair says, "The video may not entirely speak for itself.  And there’s a lot of circumstances and facts that are not yet evident in that video. It’s important to get all the facts before I make a comment on … END_OF_DOCUMENT_TOKEN_TO_BE_REPLACED

Prime Minister Stephen Harper was in Toronto Thursday to announce the introduction of a government bill, C-60, that would, in theory, prevent honest citizens like Toronto store owner David Chen from being abused by our legal system. Officially the title of Bill C-60 is “An Act to amend the Criminal Code (citizen’s arrest and the defences of property and persons)”. … END_OF_DOCUMENT_TOKEN_TO_BE_REPLACED

It sure looks like it in this YouTube video.  The classic quote from this [alleged] fibber : "I have not seen any Police using excessive force." I guess he should open his eyes next time he's "viewing" videotape from the G20 protests.  That's the only reason I can fathom for this yahoo to claim there was no cases of excessive force. If police forces across Canada want … END_OF_DOCUMENT_TOKEN_TO_BE_REPLACED