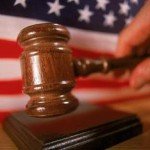 Captain Christopher Lammens of the United States Air Force was sentenced to 15 years in military prison and a total forfeiture of all pay and allowances after being convicted of multiple sexual offenses against young girls in at least two states. The charges were brought while Lammens was stationed at Moody Air Force Base in Valdosta, Georgia, but some of his crimes were … END_OF_DOCUMENT_TOKEN_TO_BE_REPLACED