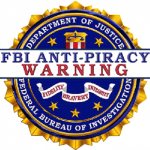 A group in the United States that calls itself the Commission on the Theft of American Intellectual Property released a massive tome on internet piracy on May 22, 2013.  Their report proves just how disconnected from reality these folks are.  It’s mind-boggling, even from a “progressive” standpoint! First Hollywood tried claiming copyright for a film they neither created nor … END_OF_DOCUMENT_TOKEN_TO_BE_REPLACED