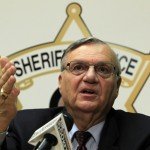 The Pretender-In-Chief of America really has a lot of balls... It's astounding to me that Obama and his [alleged] Justice Department minions REFUSE to deal with illegal immigration, preferring instead to spend their time actively encouraging the ATF to sell guns to Mexican drug dealers so those drug dealers can murder American border patrol agents. The Obama Justice … END_OF_DOCUMENT_TOKEN_TO_BE_REPLACED