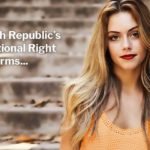 On December 15, 2016, the Czech Republic began the process to enshrine the right to bear arms in its constitution. Google Translate’s rendition of the original Czech constitutional amendment: In light of the current security situation in the world, it is proposed in the Constitutional Act on the Security of the Czech Republic to enshrine the right of citizens to use weapons … END_OF_DOCUMENT_TOKEN_TO_BE_REPLACED

Today is the day millions of Americans will show their support for the Second Amendment of the Constitution of the United States. Dubbed "National Gun Appreciation Day", this event will show President Obama exactly how much opposition he faces as he tries forcing harsh "gun control" measures down America's throat via executive order. From GunAppreciationDay.com: On … END_OF_DOCUMENT_TOKEN_TO_BE_REPLACED