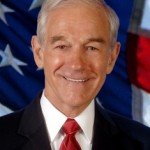 While Jane and I can sometimes get into debates over various issues and individuals, for the most part we see the world quite similarly... I suppose that's why I call her my "unindicted co-conspirator" when it comes to writing. A lot of what gets written about here on ChristopherDiArmani.com comes out of those discussions and debates between Jane and me. So when I said … END_OF_DOCUMENT_TOKEN_TO_BE_REPLACED 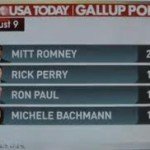 The race for the Republican presidential ticket is underway, but according to the main-stream media, or should I say the main stream MORONIC media, Ron Paul isn't even running. Watching the contortions they have to twist themselves into in order to avoid saying his name would be hilarious... if I wasn't so incredibly disgusted by their lack of journalistic integrity. Kind … END_OF_DOCUMENT_TOKEN_TO_BE_REPLACED