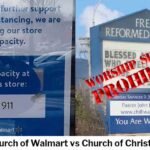 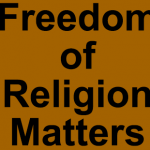 A Southern California District Court has ruled that a cross at the Mount Soledad Veterans Memorial in San Diego is a government endorsement of a specific religion and must be removed within 90 days. The judge in the case, Larry Alan Burns, appeared to be choked up as he read his decision, saying that precedent from the wildly liberal Ninth Circuit Court left him no options. … END_OF_DOCUMENT_TOKEN_TO_BE_REPLACED 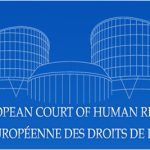 The government of Britain is about to argue before the European Court of Human Rights that because the cross or crucifix is not a “requirement” of the Christian faith, wearing a cross to work is grounds for dismissal from your job. Wearing symbols of other religions, such as a turban or a hijab, are (of course) exempt from this absurd religious symbol restriction.   Wearing … END_OF_DOCUMENT_TOKEN_TO_BE_REPLACED