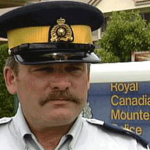 On August 16, 2011 Keith Gregory Wiens shot and killed Lynn Kalmring. That is a fact undisputed by Wiens himself, who admitted to killing his common-law spouse in court. He claimed the killing was in self-defense, a claim that was ultimately rejected by the jury as they took little time, just a few hours, to convict Wiens of second degree murder.  Clearly they didn’t believe … END_OF_DOCUMENT_TOKEN_TO_BE_REPLACED