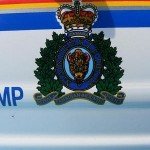 RCMP Constable Michael Roe, a 24-year veteran of the force, was arrested outside his home by members of the Langley RCMP detachment after neighbours called to report hearing gunshots on Wednesday, March 28, 2012. Constable Roe now finds himself on the wrong side of the law and spent the night in Langley RCMP lockup before being taken for a court appearance at Surrey … END_OF_DOCUMENT_TOKEN_TO_BE_REPLACED