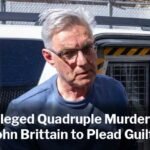 On April 15, 2019, John Brittain, a retired City of Penticton civil engineer, allegedly murdered Rudi Winter outside his Penticton home, then drove to the homes of Darlene Knippelberg and Susan and Barry Wonch and killed them too. John Brittain faces three counts of first-degree murder and one count of second-degree murder. To this point, neither the alleged murderer nor … END_OF_DOCUMENT_TOKEN_TO_BE_REPLACED 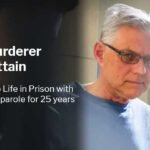 This is part of my ongoing series on Canadian Mass Murders. Update #1: A judge approved John Brittain's motion to move his trial to Kelowna on May 14, 2020. On May 22nd he will be back in court to schedule a date for that trial. Update #2: BC Prosecution Service spokesman Dan McLaughlin announced Brittain's trial will begin October 5, 2020 in Kelowna. A pre-trial … END_OF_DOCUMENT_TOKEN_TO_BE_REPLACED