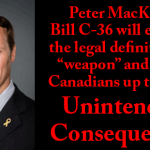 Todd Brown recently examined Justice Minister Peter MacKay's proposed Bill C-36, An Act to amend the Criminal Code in response to the Supreme Court of Canada decision in Attorney General of Canada v. Bedford. What he found scared the crap out of him. The proposed change to the criminal code definition of "weapon" is not thought out properly. It leaves Canadians open to … END_OF_DOCUMENT_TOKEN_TO_BE_REPLACED 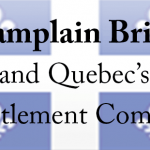 Montreal's Champlain Bridge in is falling down. With a design described as "flawed from the outset" it's surprising the bridge stayed functional this long. Nobody argues the fact this bridge must be replaced. The only issue for Canadians, all Canadians, is who will pay for that new bridge. I cannot think of a single reason why taxpayers outside of Quebec ought to pay for … END_OF_DOCUMENT_TOKEN_TO_BE_REPLACED 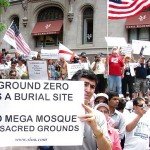 Hello there, it’s me.........again..... Don Laird... I watched the Sun Media coverage of the 9-11 Remembrance in New York and was very pleased. The points Ezra Levant made were quite relevant and should be made again and again in order to provoke debate and introspective thought.     The white washing of Ground Zero is obscene. The eradication of … END_OF_DOCUMENT_TOKEN_TO_BE_REPLACED

Don Klein is a friend of mine who is very active in Alberta, both on the firearms issue, and on the broader issue of our God-given rights and freedoms. He has written a letter to Prime Minister Harper asking him to keep his many past promises on the Firearms Act, and specifically the amendments it made to the Criminal Code of Canada, sections 91 and 92, which make the mere … END_OF_DOCUMENT_TOKEN_TO_BE_REPLACED