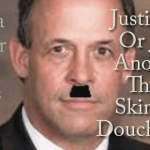 Peoria Mayor Jim Ardis: if you can't handle being mocked stop being a politician.  Mocking and ridicule come with the territory so either get a thicker skin or get yourself a new job.  Wasting police resources to harass those who oppose you is the act of a tyrant, not a mayor. Peoria Mayor Jim Ardis was so worried about a parody Twitter account with all of 50 posts and 50 … END_OF_DOCUMENT_TOKEN_TO_BE_REPLACED 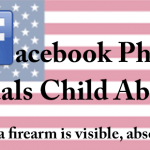 Imagine the scenario. You post an innocent photo of your son holding a rifle on Facebook. Your son is 11 years old. He is well trained in firearm safety by you. His finger is off the trigger in the photo, just as it should be. Some pathetic crybaby sees the Facebook photo and calls the New Jersey Department of Children and Families who, in turn, contact the … END_OF_DOCUMENT_TOKEN_TO_BE_REPLACED

The US Government believes you're a right-wing terrorist if... you have a brain and aren't afraid to use it. The US Government routinely demeans, denigrates, ridicules, detests and prosecutes individuals for the "thought crime" of believing what the Constitution of the Constitution of the United States of America actually says. The United States Government has, … END_OF_DOCUMENT_TOKEN_TO_BE_REPLACED