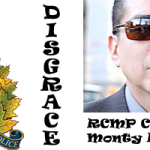 I’m here in Whitehorse, Yukon Territory, for Jane Gaffin’s Celebration of Life event (more on that later) and much to my shock and surprise Allen Carlos tells me that one of the cops who killed Robert Dziekanski was sentenced to prison time for perjury. I wracked my brain to remember who had gone on trial so far in this endless debacle. The first cop was acquitted although I … END_OF_DOCUMENT_TOKEN_TO_BE_REPLACED 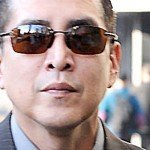 RCMP Cpl. Benjamin Monty Robinson, the man who killed 21-year-old Orion Hutchinson and then left the scene to have a couple of shots of vodka rather than check to see if Hutchinson was still alive, will be sentenced for obstructing justice on June 1, 2012. The sentencing date was set this past Wednesday. Robinson has never been charged with the death of Orion Hutchinson, … END_OF_DOCUMENT_TOKEN_TO_BE_REPLACED

Orion Hutchinson was a young man with a bright future ahead of him.  That is, until he was killed by RCMP Corporal Benjamin Monty Robinson.  On Friday the disgraced RCMP corporal was finally convicted of a charge of obstruction of justice.  He has never been charged with the death of Orion Hutchinson. Robinson, who has graced the pages of this website many times for his … END_OF_DOCUMENT_TOKEN_TO_BE_REPLACED