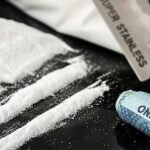 This is part of my ongoing series on Canadian Mass Murders. On October 30, 2004, self-confessed drug dealer Dustin Joseph Paul snorted four scoops of cocaine through a Slurpee straw to try sober up at a drug-fuelled bush party on the Penticton Indian Reserve. After snorting the cocaine, Dustin Paul began thinking about his life. “I was just thinking about how my life … END_OF_DOCUMENT_TOKEN_TO_BE_REPLACED