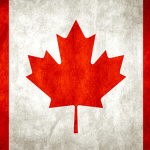 How quickly our elected representatives forget the source of their power: we mere citizens.  I often joke that Members of Parliament are not our representatives to Ottawa but Ottawa’s representatives to us.  It’s a joke, a cruel one at best, and it’s on us. “Governments are instituted among Men, deriving their just powers from the consent of the governed…” Those simple yet pow … END_OF_DOCUMENT_TOKEN_TO_BE_REPLACED