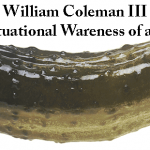 It would be hilarious if it wasn’t so predictable. William Coleman III buys a gun but has no idea how to use it. He has no concept of situational awareness and believes, wrongly, that because he carries a gun he will be safe. He straps on his new handgun and carries it publicly, all perfectly legal in Oregon, and then finds himself at the mercy of an actual … END_OF_DOCUMENT_TOKEN_TO_BE_REPLACED