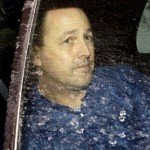 Former RCMP Constable Kevin Gregson is not a nice man, and now that he's been convicted of murdering Ottawa police Constable Eric Czapnik I no longer have to put the word [alleged] in front of the terms murderer, sexual predator or child rapist. Gregson was convicted of repeatedly raping a 10-year-old girl on September 19, 2012 by Ontario Superior Court Justice Julianne … END_OF_DOCUMENT_TOKEN_TO_BE_REPLACED