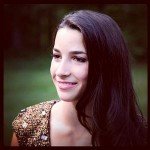 On August 8th I wrote about my disgust with Jacques Rogge, president of the IOC  and the entire International Olympic Committee for steadfastly refusing to honour the 40th anniversary of the murder of 11 Israeli athletes at the Munich Games in 1972. That column, titled "And the Gold Medal for Cowardice goes to…. Jacques Rogge and the International Olympic Committee" made it … END_OF_DOCUMENT_TOKEN_TO_BE_REPLACED