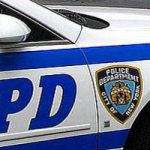 Former NYPD Officers Kenneth Moreno and Franklin Mata were immediately fired after they were acquitted of rape and burglary charges.  While that might sound strange, these two deserved it. They were actually fired for their convictions on official misconduct charges for returning to the woman's apartment after "helping her" into her building, where she was then [allegedly] … END_OF_DOCUMENT_TOKEN_TO_BE_REPLACED