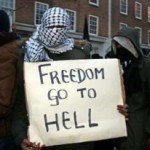 How very peaceful and tolerant of the Islamic Fascists... A Muslim cleric in Egypt, Ahmad Fouad Ashoush, has ordered the murder of everyone involved in the making of "Innocence of Muslims", the YouTube video that White House Coward In Chief Barack Obama is blaming for the murder of US Ambassador Chris Stevens and three other American citizens last week. In true … END_OF_DOCUMENT_TOKEN_TO_BE_REPLACED 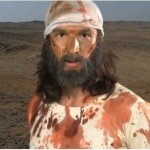 Cowardice from Barack Obama's White House is nothing out of the ordinary.  In fact the world has come to expect it.  The only people still surprised by the depth of his ongoing cowardice are those who believe they've seen the worst of it. His apology to the murderers of Ambassador Chris Stevens and three other American citizens shows the world just how weak, how useless and … END_OF_DOCUMENT_TOKEN_TO_BE_REPLACED