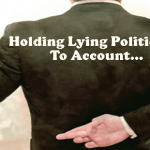 I discovered a brilliant documentary from Britain titled “Ministry of Truth.” The filmmaker, Richard Symons, is appalled that politicians can lie to the public with impunity. He wanted to bring their rampant hypocrisy to light and interviewed numerous British politicians for the documentary. He starts by asking each politician where they derive their power.  “From the … END_OF_DOCUMENT_TOKEN_TO_BE_REPLACED 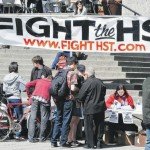 I've got to say this:  I'm proud of my fellow British Columbians today.  I'm not going to get into the debate over whether the HST is a good thing or a bad thing for the province.  That's been debated enough. What I will get into though, is how awesome it is that here in British Columbia we have done what everyone said was impossible: we held our lying politicians to account … END_OF_DOCUMENT_TOKEN_TO_BE_REPLACED