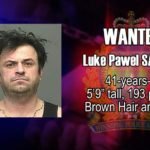 Luke Sanocki is another poster-boy for all that’s wrong with our criminal justice system. In 2011, Sanocki attempted to run down three police officers in a bid to escape a traffic stop with his Dodge Charger, which was loaded with illegal drugs. In December, 2019, Sanocki robbed a Winnipeg hotel at gunpoint. He was arrested for that crime as well as for violating an … END_OF_DOCUMENT_TOKEN_TO_BE_REPLACED