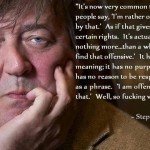 The problem with some folks is they can’t accept the fact an opinion exists of which they don’t approve. The problem with politicians is they feel compelled to pander to the people who cannot accept another's point of view. Combine the two (incessant whiners and politicians) and you get nightmares like the Canadian Human Rights Act and Section 318 of the Criminal Code, both … END_OF_DOCUMENT_TOKEN_TO_BE_REPLACED 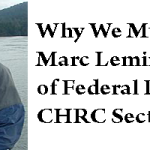 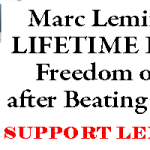 [powerpress]   I had a long conversation with Marc Lemire on Wednesday evening, December 19, 2012. For those not familiar with his name, Marc Lemire is the one and only man to ever win a case against the Canadian Human Rights Commission (CHRC). Until Lemire was hauled before this Kangaroo Court the Canadian Human Rights Commission had a … END_OF_DOCUMENT_TOKEN_TO_BE_REPLACED