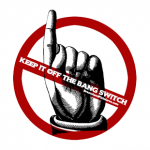 A Gantineau, Quebec, police constable, apparently raiding a Saturday night bush party outside Ottawa, managed to get herself shot instead. The only question remaining now is this: Who shot her? The rookie constable with just 3 years on the job called for backup after the gunshot and, while she never made any mention of shooting herself in that call for backup, didn’t set t … END_OF_DOCUMENT_TOKEN_TO_BE_REPLACED