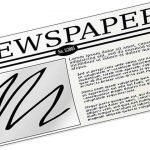 Alan Forsythe was fired from The Hope Standard just 7 days after he started his new job due to “concerns about your ability to perform the duties of a journalist in Hope” according to an October 17th letter of termination made public by True North Centre. Then came the outrage on social media. “Canada does not have Freedom Of The Press!!!” wrote @DeniseInCanada in a tweet … END_OF_DOCUMENT_TOKEN_TO_BE_REPLACED