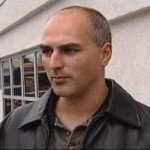 In May 2010 RCMP Staff Sgt. Owen Wlodarczak went home, punched his wife in the face half a dozen times and then threatened to shoot her in the head with his service pistol.  He committed this vile act in front of his children. True to the double-standard in sentencing RCMP members as compared to we mere citizens, Owen Wlodarczak was sentenced to absolutely zero jail time; … END_OF_DOCUMENT_TOKEN_TO_BE_REPLACED