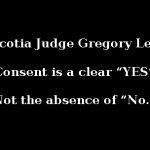 Bassam Al-Rawi, 40, is one very lucky man. He drew the right judge when he went on trial for the sexual assault of a drunken 26-year-old woman in the back of his cab on May 23, 2015. Nova Scotia Judge Gregory Lenehan ruled Crown prosecutors failed to prove the woman did not give her consent. “A lack of memory does not equate to a lack of consent.” The unnamed woman tes … END_OF_DOCUMENT_TOKEN_TO_BE_REPLACED

Anything that might possibly be used as a weapon should just be banned.  That’s the flawed logic of left-wing idiots like Toronto city councilor Adam Vaughan and now, apparently, Nova Scotia Provincial Court Judge Gregory Lenehan. It’s just so much easier to ban a physical item than do something about the moron using something as a weapon, isn’t it?  After all, this is Canada … END_OF_DOCUMENT_TOKEN_TO_BE_REPLACED 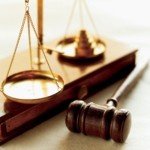 WARNING: Heavy Sarcasm Ahead In what can only be described as in incredible display of judicial toughness in the face of a repeat offender, Judge Gregory Lenehan meted out the harsh sentence of “time served” and an even harsher warning to “not do it again” in his Bridgeport, Nova Scotia, provincial courtroom. I’m sure James Douglas Hiltz was quaking in his boots at the sen … END_OF_DOCUMENT_TOKEN_TO_BE_REPLACED