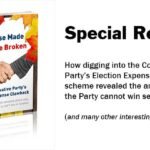 After much digging into the Candidate Campaign Expenses Reports on the Elections Canada website, I'm finished the update to my latest special report: Promise Made Promise Broken The Conservative Party’s Election Expense Clawback and what my research revealed about why the Conservative Party can’t win in Quebec       The Conservative … END_OF_DOCUMENT_TOKEN_TO_BE_REPLACED 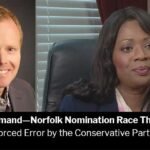 We’re half-way through October, and two unforced errors by the Conservative Party brass are already driving loyal Party members out the door. James Dodds’ decision to break Erin O’Toole’s campaign promise to pay back money clawed back after the 2019 federal election The Party’s decision to prevent anyone from challenging Dr. Leslyn Lewis for the nomination in … END_OF_DOCUMENT_TOKEN_TO_BE_REPLACED 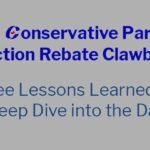 I encourage you to read the first two parts of what has become a 3-part series on the Conservative Party’s clawback of the Elections Canada Rebate for the full background to the issues presented in today’s commentary. Part 1: Erin O’Toole: When Will You Keep Your Promise to End the Election Expenses Clawback? Part 2: Will the Real Leader of the Conservative Party Please … END_OF_DOCUMENT_TOKEN_TO_BE_REPLACED 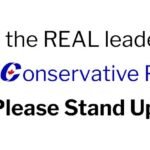