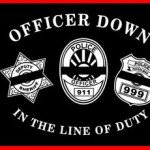 So much for “Happy New Year”… an Iraq war veteran goes nuts, shoots up Seattle before murdering Mount Rainier National Park Ranger and mother of two, Margaret Anderson. The facts are somewhat sketchy, but what is known is this: A park service employee tried pulling over the alleged shooter for a routine traffic stop.  That person refused to stop. Margaret Anderson bloc … END_OF_DOCUMENT_TOKEN_TO_BE_REPLACED