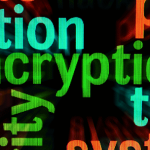 In late November Britain's Investigatory Powers Act 2016 became law. For many years the British government demanded information from telecommunications companies without legal basis. Britain's Home Secretary Theresa May admitted the British government has long abused section 94 of the Telecommunications Act 1984 for this exact purpose. The legal basis now exists but this l … END_OF_DOCUMENT_TOKEN_TO_BE_REPLACED