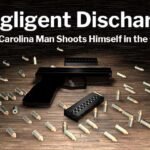 On April 9, 2021, a 46-year-old man's negligent discharge caused him to shoot himself in the crotch while shopping at a Food Lion store in Salisbury, North Carolina. “I turn around to see him grab his crotch and run to the front of the store,” one witness said. “Scared the crap out of me and some other shoppers.” The brief WBTV news report did not say how badly the man … END_OF_DOCUMENT_TOKEN_TO_BE_REPLACED 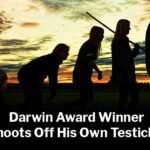 If you don’t want to shoot off your testicles, pay attention to the four cardinal rules of firearm safety: Rule #1: Treat every firearm as loaded until you prove otherwise. Rule #2: Keep your firearm pointed in the safest possible direction at all times. Rule #3: Keep your finger off the trigger and out of the trigger guard until you are ready to shoot. Rule #4: … END_OF_DOCUMENT_TOKEN_TO_BE_REPLACED