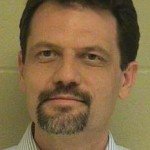 Richard Seaton was the chief administrative officer for the city of Shreveport when he decided to rape a young woman on the couch in the Mayor’s office. When he was done with her, he dropped his victim off at a downtown casino as if nothing had happened. She called police and reported the rape. Seaton was arrested a short time later. K.W., the Florida teenager who cannot … END_OF_DOCUMENT_TOKEN_TO_BE_REPLACED