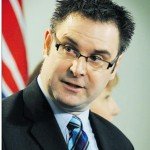 There is an old saying that probably began with Freedom of the Press and Freedom of Speech movement in the United States around 1750… “The public has a right to know.” That saying is based on the idea that it is best that we, the people, know what is going on around us, both good and bad. The never-ending battle for Freedom of Speech is based on the conflict between … END_OF_DOCUMENT_TOKEN_TO_BE_REPLACED