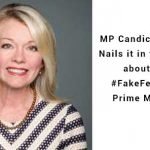 Things that make you go, "Hmm...." When you misspell "FakeFeminist" the spell-checker thinks you meant to say "Effeminate." Both apply, don't they? … END_OF_DOCUMENT_TOKEN_TO_BE_REPLACED 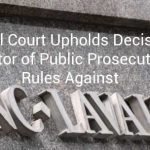 SNC-Lavalin failed to get their way, even when Justin Trudeau personally delivered their request to former Attorney General Jody Wilson-Reybould. When their ham-fisted attempts at political interference bombed, the company challenged the authority of the Director of Public Prosecutions to refuse them a Deferred Prosecution Agreement (DPA) in court. They lost that fight … END_OF_DOCUMENT_TOKEN_TO_BE_REPLACED 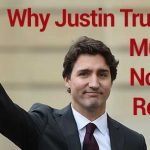 I believe Justin Trudeau must not resign. Surely this is heresy spewing from my keyboard, right? Hear me out. Conservative leader Andrew Scheer called for Trudeau's resignation within an hour of Jody Wilson-Reybould's nuclear explosion before the House of Commons Justice Committee on Feb 27. While it makes for great political theatre, I doubt even Andrew Scheer … END_OF_DOCUMENT_TOKEN_TO_BE_REPLACED