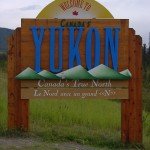 Does the Yukon Territory really need another layer of bureaucracy to do the job the RCMP is already paid to do?  Apparently, the answer to that question is a resounding YES! according to Yukon’s Parliament. If that shocks you, you’re not alone. “There oughta be a law!  What?  There already is?  Since when?” We already have laws against drug dealing, bootlegging and … END_OF_DOCUMENT_TOKEN_TO_BE_REPLACED