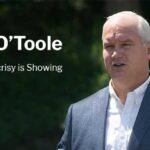 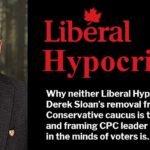 “Erin O’Toole needs to show leadership by removing Conservative MP Derek Sloan from his caucus, and refusing to sign his nomination papers as a Conservative candidate.” The howls of indignation heard across social media are entirely predictable, and they’re also entirely irrelevant. The Liberal Party's call for Derek Sloan's removal from the Conservative caucus have nothing … END_OF_DOCUMENT_TOKEN_TO_BE_REPLACED 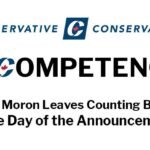 Congratulations to Erin O'Toole, the new leader of the Conservative Party of Canada. Your work begins today. Hopefully it includes sweeping out the rot at Conservative Party Headquarters (and the rest of Ottawa, too). Now, a few hard questions for CPC HQ and the utter debacle they displayed for Canada last night.   First. CPC HQ, are you so self-absorbed … END_OF_DOCUMENT_TOKEN_TO_BE_REPLACED 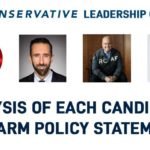 Before We Begin This is a lengthy and detailed evaluation of the firearm policy statements made by each candidate in the Conservative Party's leadership race. To cast your ballot for leader you must be a member in good standing and the deadline for purchasing your CPC membership is May 15th, 2020 - just four days away as of today, Monday, May 11, … END_OF_DOCUMENT_TOKEN_TO_BE_REPLACED

[Update 2020-03-07: Updated list of official candidates and nomination form links] [Update 2020-02-14: Updated with donation link for Dr. Leslyn Lewis campaign]   It’s possible, likely even, the Conservative Party has forgotten its grass-roots foundations. Gone is the party’s inspiring and uplifting vision that any member could run for the leadership. In … END_OF_DOCUMENT_TOKEN_TO_BE_REPLACED