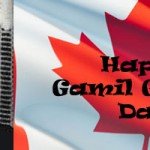 I can’t speak for you, but I’m getting tired of the annual festival of hatred against men sparked by the heinous and misogynist killing spree committed by Gamil Gharbi. Most people don’t know that name because the mainstream media refuses to use the name of the murderer up until two years before his killing spree at l’Ecolle Polytechnique. They prefer to use his “Canadian” … END_OF_DOCUMENT_TOKEN_TO_BE_REPLACED