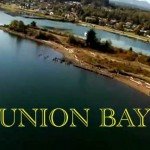 This past couple of weeks has been pretty busy for me, so writing for the blog has been temporarily relegated to the back seat.  While I've managed to keep to my goal of one new article per day most of the time, this past week has certainly not been one of those times. God decreed that 6 days man shall work, and the 7th he shall rest, so that's what I've been doing … END_OF_DOCUMENT_TOKEN_TO_BE_REPLACED 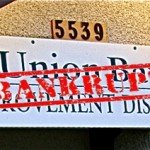 I've been digging around some more into the Union Bay thing...  you know... where the Union Bay Improvement District (UBID) tried suing local blogger Mary Reynolds for defamation for daring to question UBID board members about their apparent conflicts of interest. Between the May election that saw most of the board unceremoniously dumped and the recent resignation of Alan De … END_OF_DOCUMENT_TOKEN_TO_BE_REPLACED

With so many things to write about every day and so many cases of political corruption and police brutality going on around the nation, it's not a surprise that I haven't managed to get back to the Union Bay Improvement District (UBID) and its war of words until now. It's not that I didn't want to.  Work and life just get in the way sometimes, you know?  But this fine sunny … END_OF_DOCUMENT_TOKEN_TO_BE_REPLACED