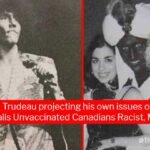 Justin Trudeau made headlines this past week, first, for a video clip conservatives edited to give the false impression Trudeau said the opposite of what he actually said and second, for his comments to a Quebec television station where he called anyone who disagreed with his opinion on vaccinations racists and misogynists. This is a complete reversal of his statement just a … END_OF_DOCUMENT_TOKEN_TO_BE_REPLACED 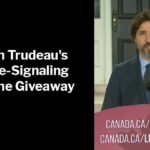 I literally laughed out loud when this headline scrolled through my Twitter feed: Canada will donate excess COVID-19 vaccine to poorer countries Excess? We're at least six months away from knowing if we have enough to meet demand from Canadians, yet we can commit to giving the vaccine away to other countries? Obviously, it's never too early for another virtue-signalling … END_OF_DOCUMENT_TOKEN_TO_BE_REPLACED