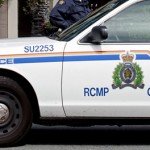 Christy Clark's government is hiding the report on the BC RCMP by claiming it would "compromise" BC's bargaining position with the force, whose contract is due to expire next year. Bluntly put, the public has a right to know what that report says.  The decision on whether or not to keep the RCMP as our provincial police force is not one to be taken lightly, nor is it one to … END_OF_DOCUMENT_TOKEN_TO_BE_REPLACED