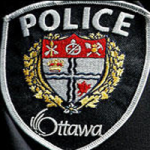 Ottawa Police Constable Kevin Jacobs has been charged in brutal beating of Mark Krupa that took place on Mother's Day 2009.  Mark and his brother were on the way to Mark's home, having just come from dinner with their mother.  They were stopped at a red light.  A man pulled up beside them and started berating them and generally making an ass of himself. That man turned out … END_OF_DOCUMENT_TOKEN_TO_BE_REPLACED 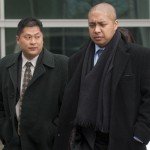 A couple of weeks ago I wrote about two Toronto Police Services constables, Edward Ing and John Cruz, who were convicted of brutally assaulting a 60-year-old disabled man, Richard Moore. Despite that conviction and the judge's disgust with them both for lying in court, neither cop was sent to prison. Instead they were sent home and told not to do it again.  Ouch! The … END_OF_DOCUMENT_TOKEN_TO_BE_REPLACED