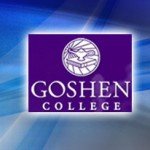 As bizarre as it sounds, Indiana's Goshen College has banned the playing of the American National Anthem for being "too violent."  Singing the words to the Anthem was banned a year ago, and now they have even banned playing the music. The Goshen College Board of Directors told College President Jim Brenneman to “find an alternative to playing the National Anthem that fits … END_OF_DOCUMENT_TOKEN_TO_BE_REPLACED