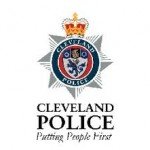 John Davis thought he was doing a good thing on May 14th, 2012… until he got pulled over by a Cleveland police officer and found himself holding a ticket for littering.  A little charity for a street person was just too much for Cleveland police to cope with, it appears. Then there’s the attitude of the cop who issued the ticket. “Take it up with the courts.” Nice… At … END_OF_DOCUMENT_TOKEN_TO_BE_REPLACED